IAPPC Irish Association for Psychotherapy in Primary Care Ireland - The Association was established following the publication in 2006 of the report of the 'Expert Group on Mental Health' entitled 'A Vision for Change'. This report which was adopted in full as Government policy and accepted by each of the opposition parties, sets out clearly the key role of psychotherapy within the general healthcare system and in particular within primary care. The objective of the IAPPC is to facilitate the co-operation, mutual understanding and shared purpose between the psychotherapy profession and the medical profession anticipated by 'A Vision for Change'. 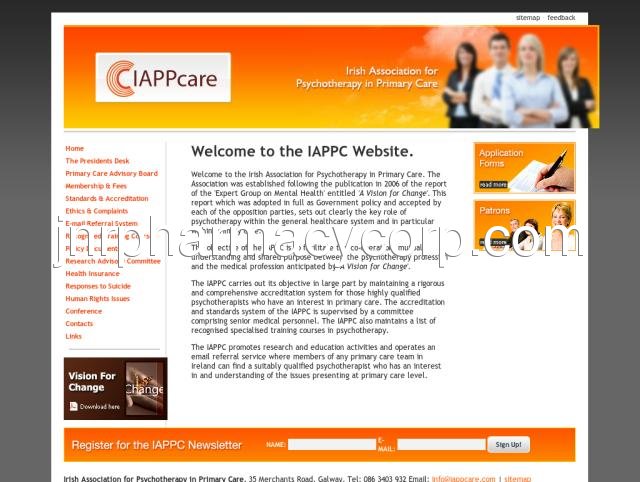